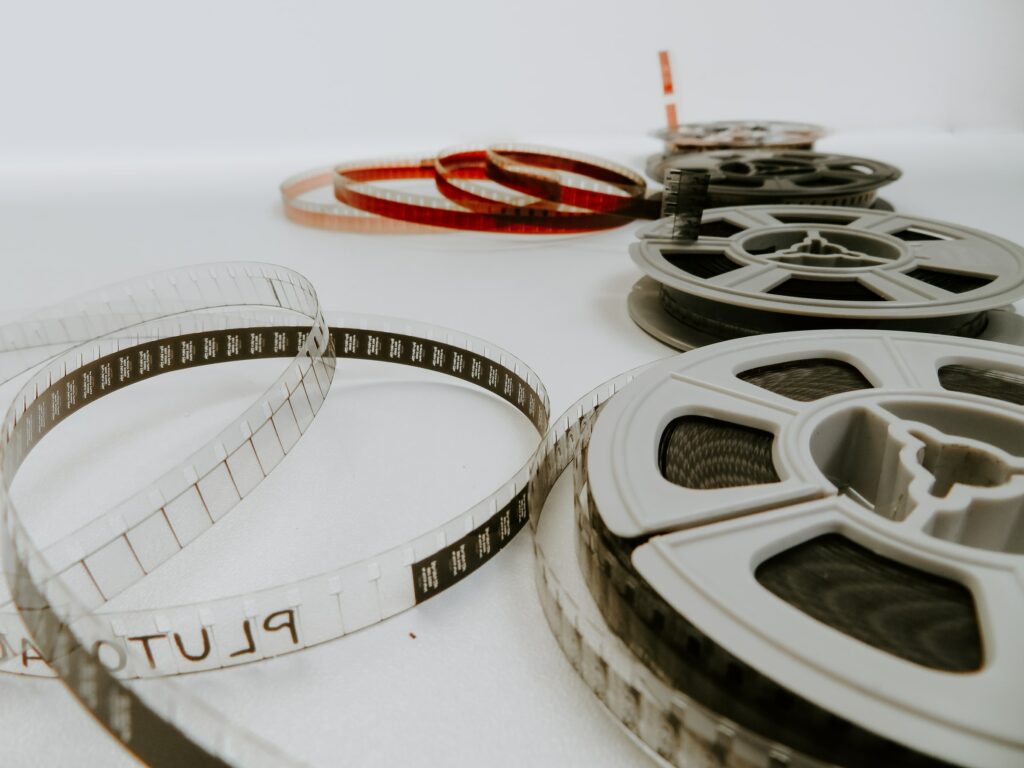 A Movie Date for Every Decade – Silver-Screen Sweethearts

Cuddle up with Your Love and a Century of Romantic Comedy this Winter!

When it’s cold outside, there’s nothing quite like the coziness of snuggling under a blanket with someone who inspires warmer feelings. Add hot chocolate, and you’ve got almost all the makings for the perfect evening in.

Let your television take you on a time-traveling journey this winter. These movies—one for each decade since Hollywood began—will fill your season with love and laughter. Whether you’re celebrating yet another anniversary as a couple or just getting to know one another, plan an evening around one of these romantic comedies, several of which make the American Film Institute’s list of top ten rom coms.

You can sit back and relax or use the films as jumping-off points for the creative winter dates listed below. Either way, you may find that it’s not just the on-screen romance that blooms…

All of these movies are available to rent or buy on iTunes and Amazon Prime, and most of them are also available through other on-demand platforms. You can also watch some through subscription streaming services, which are noted below.

One of the first romantic comedies on film, Safety Last is a silent movie that follows the antics of Harold Lloyd. Lloyd plays the male lead as he heads off to the big city, leaving his hometown and girlfriend behind. He wants to be able to support a family before he has his girlfriend join him.

Lloyd’s determination to “make good” leads to one of the iconic images of early cinema: Lloyd holding on to a clock hand and dangling from the top of a tall building.

Take a cue (card) from the silent film. Try making a meal together, collaborating without making a single sound. It’s harder than you think!

If you like road trips or odd couples, this one’s for you! Clark Gable and Claudette Colbert star in this vintage romantic comedy about a runaway heiress and a reporter.

The film’s most iconic image involves a hotel room split down the center by a blanket, which raises the question: are you ever really too old for a blanket fort? Camp out in your living room…literally. Make a fort, grab your sleeping bag, or build the perfect nest on your couch.

For a chemistry-driven romantic comedy, look no further than Adam’s Rib, which pairs Spencer Tracy with Katharine Hepburn. The two play married lawyers who oppose one another in court. The screen crackles with the energy between this real-life couple.

Make it a Tracy-Hepburn double feature. Pair it with one of their other films. Woman of the Year, their first together, is always a good choice. You can watch the actors fall in love alongside their fictional counterparts.

Admittedly more comedy than romance, Some Like It Hot consistently appears on critics’ lists of favorites for a reason. And that reason is Jack Lemmon. (Okay, fine. Tony Curtis and Marilyn Monroe are good, too.) He and Curtis play musicians who disguise themselves in order to hide in an all-girls band after they witness a mob hit.

One warning: if your partner fails to crack a smile, they may be missing a sense of humor. But then, as the movie’s final line states, “nobody’s perfect.”

No one does glamor like Marilyn did. You may be watching the movie at home, but glam up the experience with fancy clothes and champagne (or sparkling cider).

Audrey Hepburn and Peter O’Toole are enchanting in this caper film that revolves around art thieves who fall in love. Misunderstandings and mistaken identities abound as Hepburn convinces O’Toole to help her steal a small statue from a museum.

You don’t need to commit a felony to take on a challenge together. After the movie, work together on anything from a jigsaw to a scavenger hunt to an online escape room.

This list needed at least one musical, and Grease is the word. (“It’s got groove, it’s got meaning.”) Go back to high school with Sandy and Danny and just try not to sing along with all your favorite songs.

Try setting up your own home drive-in movie theater just like the one you’ll see in the movie. You can wait until summer, or cuddle up under some blankets and watch from the warmth of your car.

This rom com has more to offer than its most famous scene (the one where Meg Ryan fakes an orgasm in a café). The ultimate best-friends-to-lovers movie, When Harry Met Sally is a story of people falling in love while living in denial.

It’s the perfect movie for a double date or just a group of friends. And after it’s over, play some Pictionary. Let’s hope you do better than Sally…although the hilarity of “Baby Fish-Mouth” might be worth the loss.

Jack Nicholson and Helen Hunt face plenty of challenges in this romantic comedy, which tackles subjects like homophobia, chronic illness, and obsessive-compulsive disorder with heart and humor. Ultimately uplifting, the movie proves that if this is “as good as it gets,” it gets pretty darn good.

Get real with each other. Use the movie as a vehicle to lead into a conversation about tough choices and situations you’ve handled in your own lives, independently or together.

Writer-director Gina Prince-Blythewood set out to write When Harry Met Sally but with a more diverse cast. The result: a cult-favorite romance that tells the story of best friends, lovers, and athletes…and treats the women’s pro-sports dreams every bit as seriously as the men’s.

It’s a movie that expertly balances personal empowerment with love and partnership. You don’t have to like basketball to love this movie or to be inspired by its main characters.

Play a little one-on-one like they do in the film. It doesn’t have to be hoops. Pick a game you both enjoy, and indulge in some healthy competition.

A queer coming-of-age romance that chooses comedy over angst and treats its protagonist’s journey as fundamentally normal. It’s Sixteen Candles for a new era (and without the racism that mars the John Hughes film). Simon falls in love as he and a mysterious stranger write to one another online.

Love is love, teenagers are teenagers, and high school can be heaven or hell. And Love, Simon is a sheer delight.

Write one another letters to be opened after the date. These should be getting-to-know-you letters—even if you already know one another well. Tell stories, express opinions, or ask questions that you think will help the two of you know one another (even) better.

What’s old is new again! A movie that enchants even the most critical Austen fan, Emma never glosses over its heroine’s faults. The spoiled heiress has to learn humility and kindness—not before being loved but before accepting it.

It’s the best Jane Austen movie since, well, Clueless, the nineties adaptation that put Emma in high school and called her Cher (which is also worth watching).

Forget popcorn. When you’re watching an Austen adaptation, you need to elevate your fare. Have a little English tea with your movie. Don’t forget the scones (or cucumber sandwiches or other teatime treats)!

With one hundred years of romantic comedy at your disposal, you’ll find the long, dark nights a blessing in disguise. You may even find time to revisit old favorites. So comment below and tell us: what’s your favorite rom com? 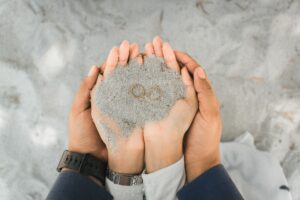 Foundations of a Happy Marriage

A happy marriage requires a solid foundation. These successful marriage tips will ensure a long and happy married life. 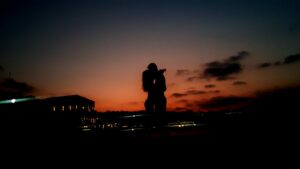 Expressing Love in Romania is a unique cultural experience like no other. Learn more about the Romanian love culture through this article by a native resident. 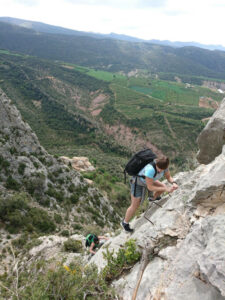 A Love Story with a Cliffhanger

Read about Cat and Ian’s climb to a lifetime together. From bad impressions to surprise dates, proposals and marriage, this real life love story has it all. 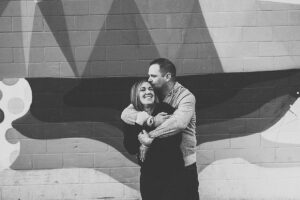 How Being Intentional Elevated My Ability to Love and Be Loved

Being intentional in a relationship through mindful practices can improve your bonds and connections with your partner and others in your life. 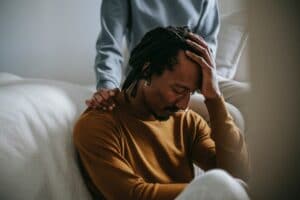 5 Reasons Holding In Feelings Can Be Hazardous

Resolving conflicts is critical to overcoming disagreements and enhancing relationships. Learn why holding in feelings can tear relationships apart. 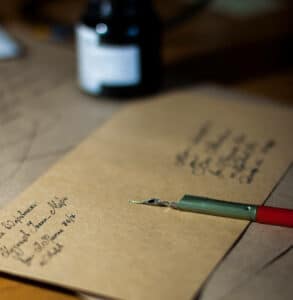 Sympathy Messages – What to Write in a Sincere Sympathy Card

Need advice for writing sympathy card messages? Not sure how to sign your card or address it? Write heartfelt messages with our ideas and advice.